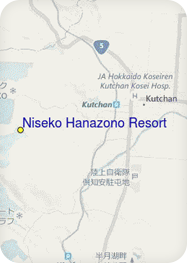 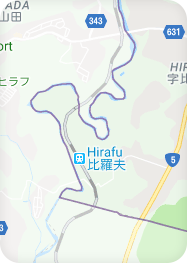 Reserve Now
Niseko Kid`s Club Daycare Center will only be operating at our Hanazono location for the Winter 2020/21 season.

We engage your child(ren) by acknowledging their identity...(+) and recognizing their culture and language. 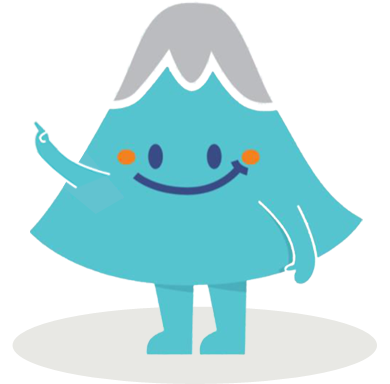 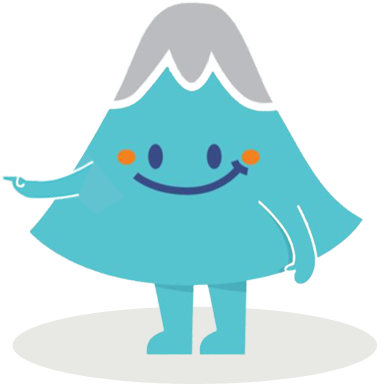 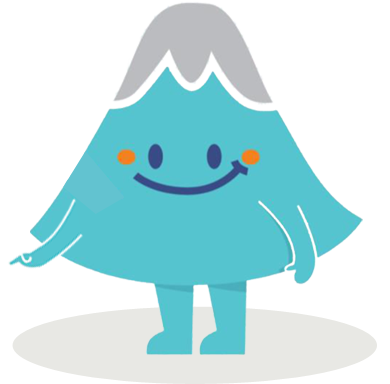 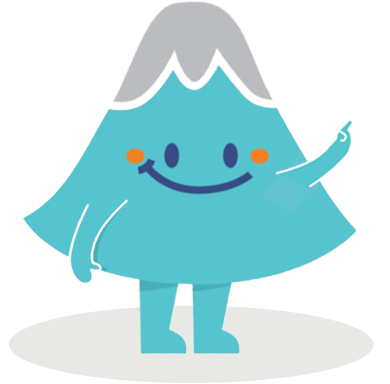 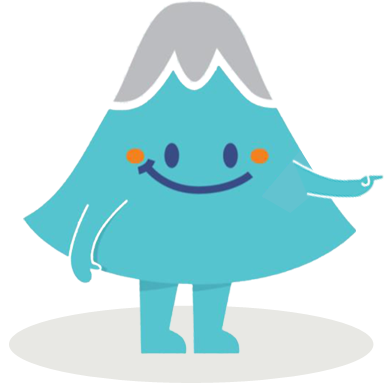 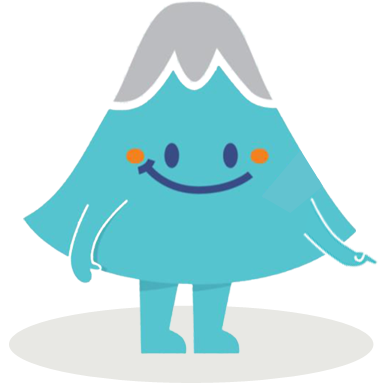 Progams for first time childcare attendees. If this will be your ...(+) child’s first time in a social atmosphere, we will do our best to guide you as well as your little one through the transition process.

To help even the youngest learners build an everlasting love for the ...(+) snow.

No child is ignored or ‘lost’ in the group. We do what it takes to ...(+) help all kids engage, even if that means changing the schedule to suit one child’s interests. 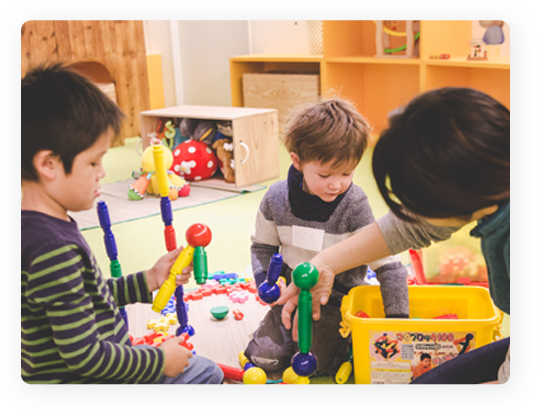 Niseko Kid’s Club is an international daycare center with 2 convenient locations; at the base of the Hirafu family chair lift, inside AYA Niseko hotel and at the base of Hanazono, inside Hanazono 308.

Our daycare centers have been designed by educators, architects and artists to ensure your child thrives in an engaging environment that nurtures and inspires their curious minds.

Our highly trained professional caregivers and teachers will guide your child to discover their own unique qualities through engaging daycare activities, stimulating learning environments and exciting group interactions.

For the well being of your child, as well as our caregivers, before the first booking, we require you to complete an enrollment packet, which includes the following:

Spaces can be booked in advance for full days or half days. However, once the centre is booked to capacity we are unable to take further bookings. We ask parents to book in advance as we may not have space for their children during busy times.

We have an open door policy with all of our parents. We encourage staff and parents to regularly discuss the progress of the children.

It is very important that we maintain a strict pick-up policy. No child will be returned to an unauthorized person.

It is the parent’s responsibility to pick up their children before closing time.

If a child has any  allergies or dietary requirements, parents should let us know so we can do our best to cater for them.

We strive to provide safe care for all our children. All Niseko Kid’s Club staff will work very hard to minimize any accidents. However by the very nature of the activities that we will be undertaking we will undoubtedly have the odd accident hence we need to have procedures in place as to how we will handle them.

Only medication prescribed by a doctor will be administered to children in our care.

Niseko Kid’s Club will aim to provide a safe environment in which to play and work. All educators will be fully informed about their responsibilities to implement and adhere to the Niseko Kid’s Club Hygiene policies and procedures to minimise the transmission of infectious diseases amongst children, staff, families and visitors.

Educators use a range of hygiene methods that minimise cross-infection that include practices and procedures that are carried out on a daily basis. Educators have access to laundry facilities that are adequate and appropriate for the needs of the centre.

Thorough hand washing and drying by adults and children is the single most effective method for reducing the risk of cross-contamination. Hand washing notices which clearly explain effective handwashing procedures are displayed next to hand washing basins.

Educators will wash their hands:

Educators will assist younger children, and remind and supervise older children to wash their hands:

Educators will wear disposable gloves when:

Gloves will be disposed of after each use.

Blood/Body Fluids – BLUE cloths and PAPERTOWELS
Hygiene practices that promote infection control are adopted for all contact with blood and body fluids. All staff will clean up all spills of blood, faeces, urine, vomit and other body fluids immediately by:

All staff will ensure floors are swept and washed regularly after each meal, or as required.

Nappy Change Mats – FABRIC CLOTHS and PAPERTOWELS
All nappy change mats will be cleared according to the following:

The change mats will be sanitised during the children’s rest time and at the end of the day.

Coloured Cleaning cloths will be washed regularly, air-dried or disposed of.

Niseko Kid’s Club will use detergent and warm water to clean except where the public health authority recommends a particular chemical for an outbreak of an infectious disease.

Each child will have their own bedding which will be washed daily.

Soiled Linen/Clothing
Soiled Laundry will be stored separately to other dirty linen, until such a time as it is laundered.
Items returned to a child’s home for laundering will have the soiling removed, and placed and secured in a plastic bag. Educators will not rinse soiled clothing due to risk of contaminating their clothing which can then be a source for transporting germs.

Cleaning procedure during an outbreak of a Communicable Disease
Communicable Diseases/Infectious Diseases are illnesses caused by microorganisms and transmitted from an infected person to another person. Most diseases are spread through contact or close proximity because the bacteria or viruses are airborne; i.e. they can be expelled from the nose and mouth of the infected person and inhaled by anyone in the vicinity.

Chlorine-based sanitisers (household bleach) will be used in an outbreak situation.

All educators will follow these following safety procedures when handling bleach:

The clean up should be carried out in:

Families will be asked to exclude ill children from the centre until 72 hrs after their symptoms have ceased.

The clean up will be repeated regularly until the outbreak has ceased.

Cleanliness of Toys and Equipment
Educators will regularly clean the children’s equipment and toys regularly in warm soapy water and or put through the UV sanitizer box. Toys are to be washed daily so as to avoid the spread of disease. Educators will wash a toy immediately if it has been sneezed on, mouthed and soiled or if it has been discarded after play by a child who has been unwell.

Bottles/Dummies/Teats
Bottles/dummies and teats will be cleaned with detergent and warm water and rinsed after each use. Dummies will be stores in individual plastic containers with the child’s name clearly displayed.

Playdough
Educators will reduce the risk of the spread of disease for children when playing with play dough by:

Linen
Educators will transport used bed linen to the laundry in a laundry trolley. Soiled bed linen will be soaked to remove the bulk of the contamination, washed separately and dried in the sun or on a hot cycle in the clothes dryer.

Niseko Kid’s Club is an international daycare cennter with 2 convenient locations; at the base of the Hirafu family chair lift, inside AYA Niseko hotel and at the base of Hanazono, inside Hanazono 308.

Our centers have been designed by educators, architects and artists to ensure your child thrives in an engaging environment that nurtures and inspires their curious minds.

Our highly trained professional caregivers and teachers will guide your child to discover their own unique qualities through engaging activities, stimulating learning environments and exciting group interactions.

We offer programs for children aged 12 to 36 months and 3 to 6 years with full day, morning and afternoon sessions.

A healthy lunch is provided for full day and morning childcare as well as a healthy mid-morning and mid-afternoon snack.

Personal items must be supplied by the parents. We will have items to borrow if necessary but we ask that they be returned the following day. 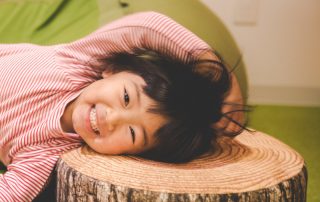 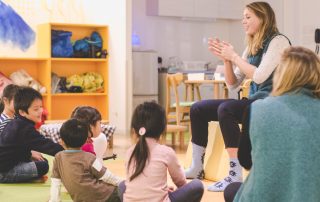 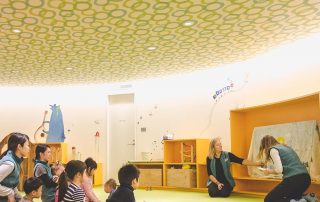 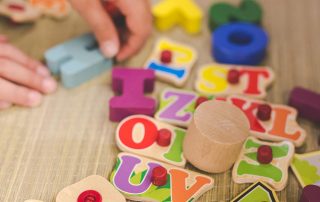 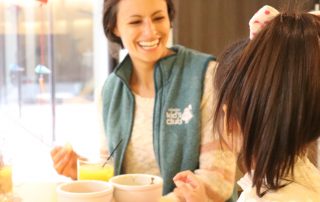 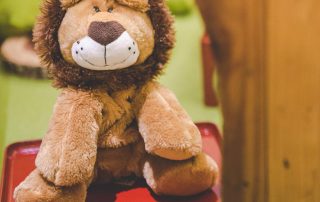 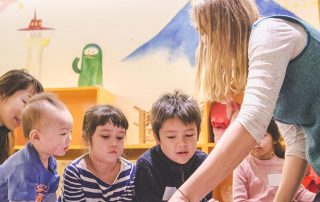 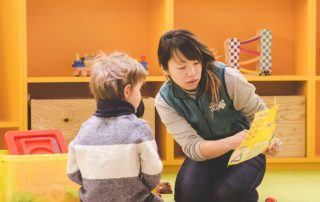